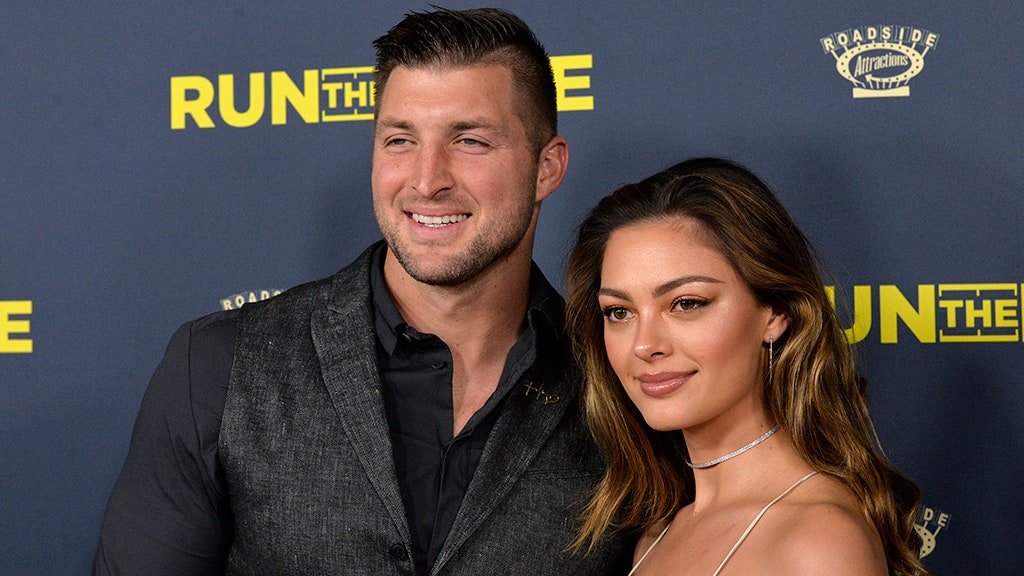 Tim Tebow and his fiancee, Demi-Leigh Nel-Peters, suffered a tragic loss this weekend.

Nel-Peters’ 13-year-old sister, Franje, who brought the couple together through Tebow’s “Night to Shine,” which celebrates people with special needs, died suddenly on Saturday after battling an extremely rare lifelong condition called cerebellar agenesis, according to the South African.

Franje was born without a cerebellum, severely limiting her motor functions, or the ability to walk, talk, and develop as a child.

“Our hearts are aching beyond measure but I am grateful knowing she’s forever relieved of the pain she experienced on earth,” Nel-Peters added. “She’s laughing, running and playing in heaven just like we always hoped she would on earth. She’s free! Thank you for all your prayers, love and support.”

The 2017 Miss Universe and humanitarian worker ended the message in their South African native language that translates: “Love you always my Sussa and someday we’ll be together again!”

The New York Mets minor leaguer shared a photo of the three of them offering his prayers and love to Nel-Peters’ parents.

“Our loss but heavens gain,” Tebow wrote. “So grateful for the hope we have of being reunited with the ones we love through our Heavenly Father.”

The pageant community also reached out to the former Miss South Africa. Signed by the New York Mets as a free agent to a Minor League contract on Sept. 8, 2016… promoted to Class A Advanced St. Lucie on June 25, 2017… homered in his first Minor League at-bat on April 6, 2017 for Class A Columbia… homered for the second time in his first three games on April 9, 2017… appeared in 64 South Atlantic League games with Class A Columbia in his first season, hitting .220 with three homers, 23 RBIs, 24 walks, 14 doubles and 69 strikeouts before getting promoted… voted an Eastern League All-Star with Double-A Binghamton in 2018… collected hits in three of the first six Major League Spring Training games he started for New York in March 2017… was a non-roster invitee to Mets Spring Training in 2018 … selected by the Denver Broncos in the first round (No. 25 overall) of the 2010 NFL Draft out of Florida University… led Florida to a pair of BCS National Championships in 2006 and 2008… won the Heisman Trophy as the top player in college football in 2007 and was a Heisman finalist in 2008 and ’09… was named SEC Player of the Year in 2008 and ’09… spent two seasons with the Denver Broncos (2010-11) and another with the New York Jets (2012) in the NFL… was invited to training camp by the New England Patriots in 2013 and the Philadelphia Eagles in 2015 but did not make the final rosters… New York Times best-selling author also works as a college football analyst for ESPN on the SEC Network… in the NFL, Tebow had 17 career touchdowns, threw for 2,422 yards and rushed for 989 while scoring a dozen rushing touchdowns… played football, baseball and basketball at Allen Nease High School in Ponte Vedra, Florida… scouted and signed by the Mets after holding a showcase workout at USC on Aug. 30, 2016, an event attended by 28 Major League clubs and 46 scouts… Braves and Rockies were reportedly interested in Tebow before the Mets signed him… received $100,000 bonus from Mets… represented by CAA Sports agent Brodie Van Wagenen.

Off the field: Contributes to a variety of ESPN platforms including SportsCenter, ESPN Radio and the network’s Heisman Trophy coverage… a New York Times best-selling author, Tebow released “Through My Eyes,” which was named the No. 1 sports book of 2011 and the best-selling religion book of 2011… the book spent 24 weeks as a Times bestseller…. in 2017, he co-authored “Know Who You Are. Live Like It Matters.: A Homeschooler’s Interactive Guide to Discovering Your True Identity”… also in 2017, he co-authored the book “Shaken,” which was a Times bestseller and was named the 2017 Christian Book of the Year … in 2018, he wrote (due Sept. 2018) “This Is the Day: Reclaim Your Dream. Ignite Your Passion. Live Your Purpose” … created the Tim Tebow Foundation, which aims to “bring faith, hope and love to those needing a brighter day in their darkest hour of need.” … the foundation also helps provide surgeries to children of the Philippines through the Tebow CURE Hospital… born in the Philippines and grew up the son of missionaries… worked with a charity to raise money for pediatric cancer patients and disadvantaged children… appears mainly on the SEC Network as co-host of SEC Nation, a traveling pre-game show… spokesperson for Nike, Jockey, FRS Health Energy and TiVO… was the subject of the 2011 ESPN documentary Tim Tebow: Everything in Between and the 2012 NFL Network documentary The Faces of Tebow… was designated a “Great Floridian” by Florida Governor Rick Scott in recognition of his “major contributions to the progress and welfare” of Florida in 2013… announced his interest to pursue a baseball career in early August 2016 and received contract offers from two independent league teams and a Venezuelan winter league club.

NCAA career: At Florida from 2006-09, Tebow appeared in 55 games, completing 661 of 985 passes for 9,286 yards, 88 touchdowns and 15 interceptions… he rushed 692 times for 2,947 yards and 57 touchdowns… was named to the SEC All-Freshman team in 2006… in 2007, he was a First-team Academic All-American, a Manning Award finalist, the Rivals.com National Offensive Player of the Year and SEC Offensive Player of the Year, a First-team All-American, the Roy Kramer SEC Male Athlete of the Year and won an ESPY for Best Male College Athlete… in 2008, he was again a Heisman finalist, won his second ESPY, was named the SEC Championship Game’s MVP and was a SEC Scholar-Athlete… in 2009, he won the Senior CLASS Award, was a Heisman finalist, First-team All-SEC, named the SEC Offensive Player of the Year and was selected by Sports Illustrated as the College football Player of the Decade… in 2010, the NCAA instituted the so-called “Tebow Rule” which banned messages on eye paint, a rule not specifically named for Tebow but which many believed was influenced by him.

NFL career: NFL career was highlighted by his 2011 season in Denver when he won the team’s starting QB role and led the Broncos to their first AFC West title and first playoff appearance since 2005… was traded by the Broncos to the New York Jets after the 2011 season when Denver opted to sign Peyton Manning… was released by the Jets on April 29, 2013 after the team drafted Geno Smith… signed a two-year contract with the Patriots on June 11, 2013 but was cut on Aug. 31, 2013… signed a one-year contract with the Eagles on April 20, 2015 following a two-season absence but was released by Philadelphia on Sept. 5… was hired by ESPN on Dec. 30, 2013.

Maybe you feel like this isn’t your time. Like this isn’t your year, or this isn’t your day. So many heroes in the Bible were truly wounded deeply before God used them greatly. So I just want to encourage you that sometimes God gives His toughest assignments to His mightiest warriors. Right now could be your time for learning, growing and adapting. You just never know what God might be doing in your life, or what He’s preparing your for. So don’t give up, keep fighting, keep running the race of faith with endurance. Whatever you may be going through, whatever season you’re in, God loves you and has a plan for you!

Do you have a demo reel?

Add it to your IMDbPage

Himself / Himself – Author, This Is the Day

Release of his book, “Shaken”.

[on throwing a game-winning 80-yard pass to

] When I saw him scoring, first of all, I just thought , Thank you, Lord.

“Tebowing”, to bow on one knee and pray, with the opposite hand at one’s forehead.